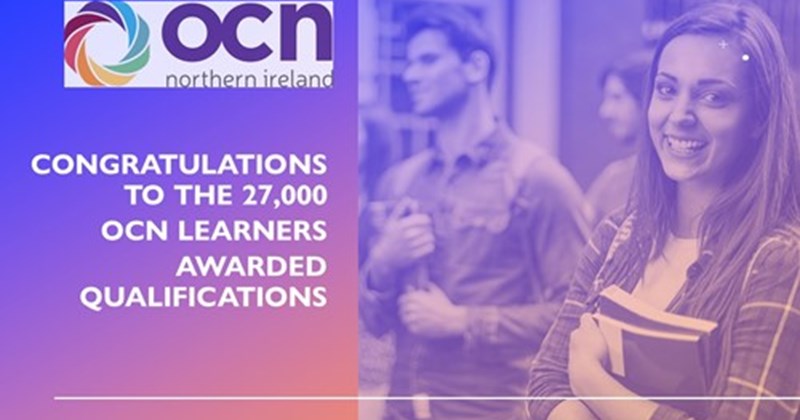 Working in collaboration with NI’s six Further Education Colleges, schools, community and voluntary organisations, and other training providers, OCN has awarded over 27,000 vocational and technical qualifications to learners this academic year.  This represents a 21% increase on awards made compared to the previous academic year.

Commenting on this year’s results, the Chief Executive of OCN, Martin Flynn, said: “On behalf of the Open College Network, I would like to congratulate all learners throughout NI, who have received their qualification results. Learners have worked so hard this year in overcoming national lockdowns and closures to schools, colleges, training providers and workplaces, and they should be proud of their results.

“We must also not forget about the amazing job teachers and tutors have done in supporting people to progress - whether that’s into further education or the world of work.”, said Martin. A 21% increase in the numbers of people achieving an OCN qualification is worth celebrating, explained Martin.

“It feels like those who achieve a vocational qualification can sometimes be forgotten, especially at this time of year. Unlike GCSE and A Levels, vocational and technical qualification results are released throughout the year, so there isn’t that focus on a particular month when their achievements are celebrated.

“So, to everyone who has worked hard during this academic year, teachers and learners alike, very well done and here’s hoping for better things to come for the remainder of the year and into 2022”, concluded Martin.